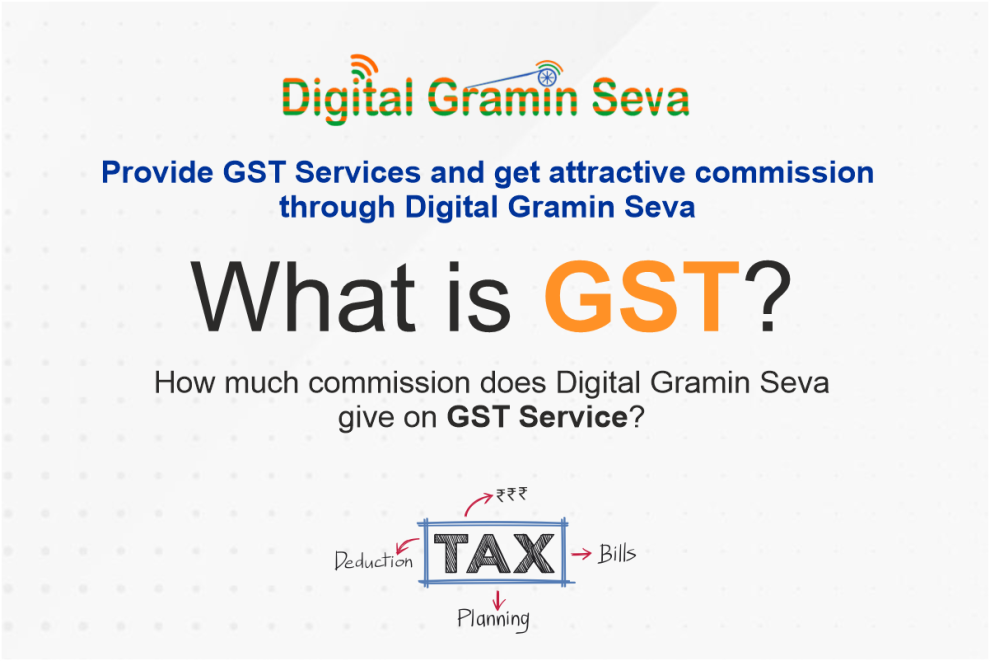 The full form of GST is (Good and Service Tax), it means (Goods and Service Tax) in Hindi.
This is the advantage of GST being levied on the sale of goods and services across the country, that the tax on any one item will be uniform across India.
Meaning if any trader in India sells that item, he will have to pay an equal tax.

When a goods came out of the factory, it was subject to excise duty i.e. Excise tax.
If the same goods are going from one state to another, then entry tax was charged as soon as you entered.

And when it was time to sell goods, then sales tax was charged, in many cases Purcharse tax was also charged.
If that goods are going to the hotel or restaurant, then service tax was charged separately on it, which means if any goods have to reach the consumer, then many duties and taxes had to be passed before reaching.

1.Tax on Consumption
GST Tax has to be paid by the user of the goods and services.
This means that if the shopkeeper gives any item or item, then he writes GST separately in it,
Which buyer has to pay full amount including GST.

2. No tax will have to be paid on tax.
Before GST, many different taxes were levied, often taxes were also levied on top of the tax.
There are many similar and services that used to fall in two or more categories.
But now this will not happen.
Because now the GST is to be finally paid by the consumer only.
If someone deposits in the middle, then his money will be adjusted back from the tax credit system.

4. No arbitrariness on tax. No Arbitrary Rates

Earlier, the state governments used to levy tax on every item sold in their own free will. Rates also kept their own. But it doesn’t happen now. The GST Council has been prepared for any changes in the provisions of GST or in the rate. It will be headed by the Union Finance Minister and the Finance Ministers of the states will be its members.

Benefits of common man, businessmen and government from GST

For common man For Common People

There is no unnecessary increase in the cost of goods due to the abolition of various types of taxes and the abolition of tax on tax. The prices of goods will also not increase much.
There will be less tax on things of common need. Things that are more useful to the common man will be available cheaply.

For businessmen For Businessmen

Due to all documents being online, documents cannot be presented by distorting them. In case of any mistake or lost, it will be possible to rectify it online. No need to make rounds of offices.
Due to the different structure of taxes in each state, it was not easy for the businessmen to understand it.
Many officers and employees also used to take wrong advantage of more rules. Now businessmen will not have to go through these hassles.

For the government For Government

2. Work is not shown at many places in the chain from production to sale. Now such people who are left out in GST will also be added to this chain of tax.

3. As before, the same was available in different states at different prices. But now it will not happen.

Example:
Suppose a company bought some goods from a trader. The deal is happening within the state, if the price of the goods is Rs 5 lakh, then it will attract 18% GST, that trader will collect 5 lakh and 18% GST from that company, now that businessman will pay tax at 2 places, meaning to the central and state government. 45,000 to the center and 45,000 to the state government.

GST Rate | Rate Of GST
different types of clothes
There are 5 slabs of GST for you.
Zero, Zero, 5%, 12%, 18%, and 28%.
The least tax is levied on the most needed things, and the most comfortable and less used things get the maximum tax.
For example, 28% GST is levied on Air Conditioner, Refrigerator, Makeup etc. Zero tax is levied on raw materials like cereals and fresh vegetables etc. Education and health facilities have been kept out of tax.

If you want to provide GST facility then you have to register on Digital Gramin Seva Portal.
To register click on this link :-
https://digitalgraminseva.in/home/Sign_Up
After registering, you get ID password from which you can start the work of providing GST facility.

The Importance of Packaging for Business Upscaling

Benefits of Night Trousers For Mens in Pakistan

What Exactly Are Sushi Boxes | SirePrinting

Many people apply for CSC Center, but they do not get an ID. So in such a situation opening a Digital Gramin Seva (DGS) center can be a better option for those people. It not only provides you employment, but you can also get a good salary through these centers. You can earn more money by opening this center than CSC Kendra.